I love cinnamon!! Apparently so do most of you! It is the second most purchased spice after black pepper in the U.S. 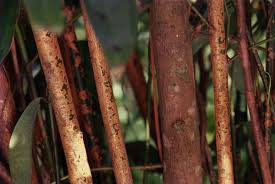 Did you know it grows on trees? Many years ago, I was on one of my many low fat, low carb, low calorie, low nutrient (funny, but true) diets, and I was feeling desperate for something sweet. To fulfill my desire for sugar and cinnamon I went and purchased a box of Cinnamon Toast Crunch cereal. Although it felt shameful, I proceeded to suck the sugar and cinnamon off the nuggets and spit them in the garbage so I didn’t ingest the calories. So naïve, silly, and quite disgusting of me! Live & Learn What I didn’t know back then was that common cinnamon, known as “cassia”, could be harmful to my health. Most of us have heard the rumors that cinnamon is good for us. Living in an “instant reward, more is better” kind of society, maybe you didn’t even question why, but began a process of incorporating cinnamon into your daily food regimen. If you are one of those people, pull the brake! Now! Did you know that eating the wrong kind of cinnamon can cause more harm than good? Possibly even be a lead contributor to liver toxicity? So, What is the “right” kind of Cinnamon to take? So, here’s the scoop as I know it. Store bought cinnamon, known as Cassia, has a high concentration of a chemical called coumarin. Coumarin has been banned as a food additive in the United States for centuries because of the negative side effects proved in animal studies. It is a natural plant chemical that acts as a blood thinner, and is toxic to the liver. In some small, as yet unsubstantiated studies, it has been thought to affect the kidneys. The question of the day is “does cinnamon really provide some benefit to us”? The resounding truth is yes! The catch is that you want to ingest Ceylon cinnamon as your main source. Ceylon is coumarin free. 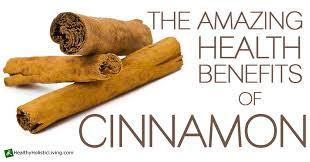 Opinion among many experts and nutrition gurus say cinnamon can help with the some ailments of the body. The include: Controlling blood sugar (a great aid for persons with diabetes) Reducing inflammation It’s anti-parasitic Can improve digestion May boost memory Helps eliminate bad bacteria Weight Reduction   What Foods Contain the wrong kind of Cinnamon? If you are a person who is cinnamon obsessed (as I can be), remember that it may be found in a lot of the store-bought products you are purchasing. This form of cinnamon is the wrong kind, therefore, unless it specifies “Ceylon”, assume it is cassia and avoid it. Read labels! Cassia cinnamon can be found in cereals, muffins, breads, ice cream and much more! Saigon cinnamon, cousin to cassia cinnamon should be avoided too.   So What is the best dosage for Ceylon Cinnamon? The antioxidant compounds found in Ceylon cinnamon are the same found in green tea and grapes. These antioxidants have been associated with helping cholesterol and triglyceride levels along blood sugars. Does that mean that you should run out and stock up on ceylon cinnamon and take as much as you can? I think not. Like most things, moderation is better than over-indulgence. I have yet to find a definitive answer about how much cinnamon to take daily, but in my research found a couple doctors I respect say a teaspoon a day may be helpful. 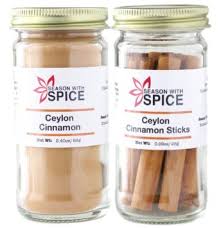 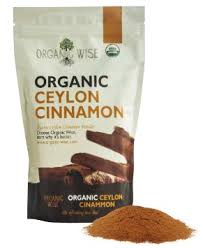 Where Can I find Ceylon Cinnamon if not at the grocery store? Ceylon cinnamon can be found in some grocery stores a lot easier today than even a year ago, however, I purchase my cinnamon from amazon to be sure I don’t run out of it. 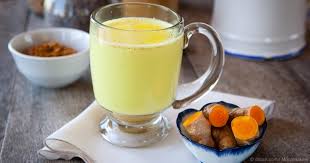 Ways to incorporate Cinnamon into your daily regime: Sprinkle some on the grounds of your coffee at home or on top of already made brew Use it to add flavor to your healthier baked goods Sprinkle it on top of yogurt, great on coconut ice cream, or in chia pudding Mix it with raw honey to use in your tea Add it to your daily smoothie (see my smoothie recipe below) Have a tumeric/cinnamon milk (put 8 ounces of non dairy milk into a saucepan, and heat to low temp, then take off stove. Add 1/8 teaspoon of tumeric, and 1 cinnamon stick. Stir cinnamon until you have a flavor in the milk you like and take out. Pour into a cup and add 1/2 teaspoon of raw honey. Voila!) Make your own cinnamon mouthwash, as shown on DIY. Here is the recipe: start with a glass bottle for storing it, then add 1/2 tablespoon of cinnamon powder (obviously ceylon), juice from 2 lemons, 1 & 1/2 teaspoons of raw honey, 3/4 teaspoon of baking soda (optional) and 1 cup of good quality water. Shake, gargle and spit! 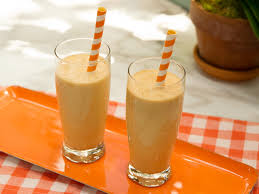 1/2 cup of unsweetened almond milk 1/2 cup brewed, but cooled Yogi Chai Green Tea 4-5 Tablespoon of organic pumpkin puree 1/2 teaspoon of a high quality maple syrup 1/2 teaspoon of ceylon cinnamon Pinch of ginger, nutmeg and cloves 1 cup of spinach 1 drop Of stevia glycerite (optional) About 1/2 cup of ice 1 scoop vanilla protein powder Mix at high speed and taste test. If you want a thicker shake add more pumpkin and a little more ice, if you love a certain spice experiment with the right amount for you. You can also brew this on the stove over low heat and drink as a flavored tea-type drink. It's very soothing. I hope you enjoy it! Remember everyones palate is different so adjust any of my recipes to your own particular taste!   Pam Mancuso CHHC, TrainSmart Nutrition

Stay up to date on all things TrainSMART.