"If you depend on a hit of caffeine in the morning, maybe it's time to lighten the load. Switching to green tea not only cuts a bunch of hard-to-digest dairy from your day but also strengthens your immune system, helping to arm you against cancer and heart disease; it may even help stave off dementia. Rich in polyphenols - botanical antioxidants -- it also protects skin from the aging effects of the sun."

I know for sure that it doesn't take a rocket scientist to know a latte` is not as healthy as a cup of green tea, although seeing the comparison in writing is more apt to make you think about your choices! Studies prove that writing things down will prompt change more than just talking about it. Case in point!

Based on Dr. Lipman's breakdown, I'm going to guess the amount of liquid in this comparison was 8 ounces. So let's use this example; you go to Starbucks and order a Venti Latte - that's 20 ounces to go which would calculate to something like 375 milligrams of caffeine, 18 grams of fat (not a healthy fat either), and 41 grams of sugar. That's like driving your car down the highway at a dangerous speed, and coming upon a traffic jam that requires you come to an immediate stop. CRASH! You are now in the danger zone; exhaustion, sugar cravings, hunger, and maybe even a headache! Usually, at this point we look for something else to bring us to life again and an oh too familiar pattern begins that is hard to break out of.

Being both a coffee and tea drinker I can appreciate the nuances each offers! I drink both black so I fully enjoy the scents and flavors without anything covering it up. 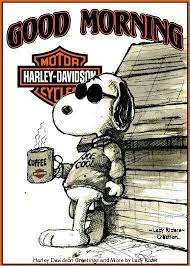 It is my drink of choice most mornings precisely because it calls out "get up and get going!" Not being a morning person, I know if the first cup doesn't quite cut it, the second will!

Now the way I see it is that drinking tea is indicative for one to do some soul searching. I imagine Yoga Masters and VW Bug hippie types sipping their tea for clarity and with purpose. There's a certain peaceful pause drinking tea, as it connects us with the Universe. Tea has a way of making one feel more grounded, soothed and cozy. It's the choice I make in the evening on a cold winter night or after a work out. Both coffee and tea have played an important role in cultures for centuries. They have forged friendships and started wars!

Although there is no scientific definitive that says so, tea has been taken for centuries for it's proposed healing properties. It is said it can be used as medicine to improve or shorten a flu, cough, or cold. Tea can aid in digestion, weight loss and boost memory. It can serve as an aid in elimination of waste from the body and help with circulation. Shall I go on? It's a fascinating subject and if it interests you I recommend reading a book I enjoy called the 20,000 Secrets of Tea by Victoria Zak. It's available from Amazon for about $7. If you want to find out more about tea types and medicinal remedies but you're not up for book reading, you can get some good info by following this link from the University of Wisconsin's Medical Department: http://www.fammed.wisc.edu/files/webfm-uploads/documents/outreach/im/ss_herbal_teas.pdf So let's talk caffeine. Did you know that even decaffeinated coffees and tea have caffeine in them? A brewed 8 oz. cup of coffee has 95-200 mg. of caffeine vs. an 8 oz. cup of black tea which has 14-70 mg. and an 8 oz. green tea has 24-45 mg. Throw in a little decaffeination and that 8 oz. coffee now has 2-12 mg. and black tea 0-12 mg. Roasting, grinding and brew time all play into how much caffeine one cup of hot liquid contains. So how much is too much? The USDA says that 300 mg. per person per day is a good average, however, many doctors agree that the effects of caffeine are related to an individual's genetic characteristics and lifestyle factors. And, although according to the University of Michigan Health Services, "the effects of caffeine can start as early as 15 minutes after consumption and last up to 6 hours", in reality that may vary from person to person. Dr. Steven E. Meredith (a postdoctoral researcher at The Johns Hopkins) states that "caffeine metabolism is slower among infants, pregnant women and individuals with liver disease. Some medications slow caffeine metabolism, which may increase risk for caffeine intoxication. But the effects of caffeine also vary simply because we're all different." I remember years ago sitting down with one of my favorite cousins drinking coffee late into the night. We had the 'coffee conversation' with me saying "coffee never affects me negatively". Of course, as she left I noticed a terrible uncontrollable tremor inside and I heard my mother's voice saying "never say never"! I felt the need to expel the demon, but it was 2 in the morning with a child fast asleep in the other room so I confined my energy to perform the energizing bunny Master Clean! The crash and burn was timely, I only had 90 minutes left before I had to be to work. That was not my most productive days at the office! Since then I have only experienced that feeling with too many espressos. How about you? What have your experiences been with caffeine? I'd love to know. In the end you have to know yourself and how caffeine affects you. Two different people can take in the same 3 cups of coffee/tea/cacao/soda a day and have two different results. Some people have severe withdrawal while others aren't affected at all. If you have sleep or anxiety problems you may want to avoid caffeine altogether. 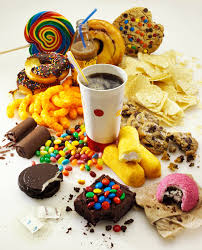 Children should not take in caffeine, but did you know it's in foods that we give our children? So if your child is bouncing off walls, check what you are packing in their lunch box. The FDA is concerned with the growing number of food items that children eat that contain caffeine. One unexpected place you might be surprised to find caffeine is in a pack of gum. Wrigley's has a pack of gum with eight pieces in it. Each contains as much caffeine as half a cup of coffee so one pack is like have 4 cups of coffee. That is pretty disturbing! With the popularity of energy drinks companies are putting caffeine in products like instant oatmeal, marshmallows, jelly beans and other snacks for its' ability to stimulate people. I'm going to take the risk of being repetitive and encourage you to BE A LABEL DETECTIVE! Whether you are a coffee hog or a tea master, I wish you a warm and cozy space to enjoy it in! (Check out our blog from February of this year - it's all about Green Tea.)